The 3D Printing Industry is Just Like a Tree ….. 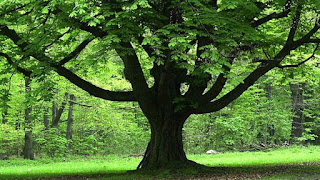 Just because one branch of the 3D printing and additive manufacturing (AM) industry is demonstrating success, it does not necessarily follow that other branches are not living up to expectations or are failing. My reason for opening with that statement will become clearer if you choose to read on, but the use of the word “branches” here was chosen because one analogy I use for the 3D printing & AM industry in my daily attempts at comprehension is that of a tree.

The seed was planted more than 30 years ago and quickly sprouted roots (the different additive processes that emerged in the early years). The trunk grew upwards and thickened (which I think is analogous with the rapid prototyping umbrella) and started to sprout branches (as the strong processes and materials development found valid applications) that today are sturdy and strong and are now branching out in new and different directions themselves. For me the branches are thus analogous to technology process types, material types, application developments etc, and they can intertwine in complex ways.

I see two of the lowest and thickest branches of the tree as the divergence of materials — plastics and metals. There are of course new and thin branches (twigs?) at this low level too — ceramics for example. However, I see the plastics and metals branches currently growing at the fastest rate, sprouting more branches from the original and producing a great deal of fruit.

On the plastics front the branches are going in myriad directions. Too many to cover every single one of them, but some stand outs are: multi-axis robot arms (Envisiontec, Stratasys, 3D Systems); multi-materials (Stratasys & 3D Systems); isotropic parts and minimal post-processing (Rize); and new engineering materials, notably from Carbon and HP, but also Stratasys, FormLabs, Roboze and EOS. One very new branch, just a bud really, in the form of a promised new system, has also emerged this week from Coobx, a Liechtenstein company. The brand is Exigo, featuring LIFT (light initiated fabrication technology). There is very little to go on, except an eye-catching teaser video, but to me it looks CLIP-like. The lid will be lifted on March 9th, according to the company’s founder Marco Schmid, who has revealed that 18 months of R&D has gone into the development of the Exigo along with numerous patents.

On Twitter, the accusation of hype was levelled at Coobx, based on the style of the teaser video. Personally, I thought this was a bit harsh, the video is overly dramatic maybe. Extravagant even. However, no claims have yet been made that can or cannot be proved to be over exaggerated, which is the definition of hype, and certainly what happened with 3D printing in general a couple of years back. Despite the whole “hype” thing dying down (Phew!) this was not the only time I’ve seen it referenced this week.

I was somewhat disappointed to read a comment from Rize, VP of Marketing, Julie Reece, who told 3DPI at the recent SWW17 event: “Just as there was hype in the consumer/hobby market, we’ve seen similar hype in the metal market.” I have to respectfully disagree with this comment.

The successful growth and fruit bearing developments of the 3D printing plastics branch does not negate the same growth vector of the metal branch of 3D printing. There are some really amazing developments here too. Again, I can’t list them all, but the ones that stand out for me right now are XJET’s nano particle jetting process (when they introduced it at the end of 2015 most people assumed this was a decade away or more); Matsuura’s metal hybrid additive and subtractive machine; OR Lasers’ focus on democratising metal 3D printing with a capable machine well under €100k; and LPW’s work with metal powders. The latter of these I was able to get deeper insight on this week, and to understand how LPW is addressing issues around traceability and quality control — two massive issues for powder bed processes —  from the production of the powder, through storage and transit, in-process, through recycling and reuse. It’s complex but imperative work, and some of the results that I was privileged to see, are very impressive and could really open up applications and uptake.

There is also Desktop Metal. I’m reserving judgement on this one. Much like Coobx, there has been much teasing about the new system (due for unveiling later this year by all accounts). There is absolutely no visibility on the process or capabilities but there has been a vast amount of publicity around the amount of investment in this start-up company (founded 2015), which as of this week totals $97 million, following a Series C round of funding. One imagines the investors do have a tad more to go on than the generic marketing speak about metal 3D printing that dominates the company’s PR and website. Which is why I’m trying to stay open minded, and remain hopeful that this is another fruit bearing branch of the metal sector.

If you look at a tree in detail — it is wondrous and complex. Some components are immediately obvious in their presence and function, others take time to see and work out where they sprout from. This is how I see the 3D printing industry right now!
Posted by Rachel Park at 11:29