A1 is Maxing it Up

I got to see the new Maxit 3D printer from A1 Technologies on Friday last. A1 was exhibiting at the TES Resources North show in Manchester, and seeing as that city is a hop, skip & a jump from me, I decided it was an opportunity not to be missed. 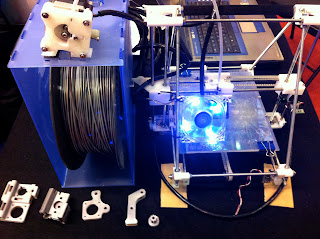 When I excitedly tweeted about it, one response I got back was "but it's just another RepRap". Well, yes, it is! No denying it. I'll be honest, my heart sank momentarily, as I wondered how many others respond like that. It didn't last long. That is the beauty of the whole RepRap concept and the genius of Adrian Bowyer's vision of an open source 3D printer. Anyone can take the basic premise and develop it and make it better. Not everyone that tries will succeed of course, but this is one instance where I believe that is precisely what has been done. It's an incremental improvement, granted, but that needs to be accepted as the norm by the 'additive informed' because there is no sea change yet visible on the horizon.

A1 Technologies is jointly run by Martin Stevens and Trupti Patel — two of the most ethical, unassuming and yet passionate people I've had the pleasure to meet in this industry. A1 Technologies is a 3D company, that is to say a company that provides accessible (ie easy to use and low-cost) tools for designing and making in 3D for anyone. The complete portfolio of products has been put together with a view to the whole design AND make process. Designing in 3D (Chameleon), Scanning in 3D (David Laserscanner) and Making in 3D (Maxit 3D printer and Studiomill 5-axis machine).

Before the Maxit, A1 was a reseller for another RepRap platform, indeed the company sold the very first sub £1000 machine in the world, and since that time has been a strong advocate for low-cost 3D printing. However the fire-fighting and problem solving that went with this was time-consuming and difficult — specifically in terms of supporting clients with assembly, reliable 3D print results and consistency. It was this that prompted the decision to change course and invest in their own R&D to overcome these specific problems. The result is the Maxit. It is an entry-level, self-assembly machine but it will not be the cheapest platform on the market, and it was never intended as such. The criteria for development was that stated above and as such, while it can print some of it's own parts, the mechanics have been sourced to ensure reliability and consistency and the number of parts is greatly reduced over comparable platforms, such that it can be assembled by ANYONE in one day. I challenged this claim, with a raised brow, but Martin insisted this was a prerequisite and it has been tested, tested and tested again. Furthermore, one of the beta machines is due to arrive at a secondary school in the next week or so, and this is the first challenge for the students - it will be documented.

The primary target market for A1 at this point is education. As Martin explained to me on Friday, this is not to exclude other markets now, but these technologies have to be introduced to our next generation of designers and engineers. Martin is an ardent believer that education is the way forward for UK & indeed global engineering & manufacturing by putting the technology into the hands of students so that "they learn by doing, not just listening and watching." Bascially, I couldn't agree more. Just some basic asking around at my daughter's school has left me flabbergasted at the lack of resources in this area. I am formulating my own personal mission in this area separately!!

Back to A1, what I saw on Friday was a company that doesn't just spout the rhetoric, they get on the road, weekly, to practice exactly what they preach and put the tech into the hands of kids. According to Martin, this approach has never failed to excite and enthuse the students that get the chance to try the technologies for themselves. As the Maxit 3D printer becomes commercially available within the next month or two through a number of different channels, this is only set to increase.

So there we are, there is yet 'another' RepRap platform hitting the streets, some of you may pull your noses up at it, but, the reasons for its existence as well as its capabilities and where it is headed, I think, are extremely positive and will make a difference. 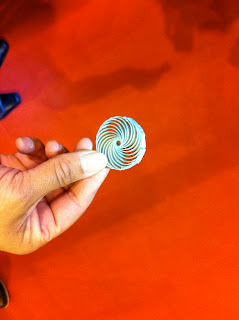 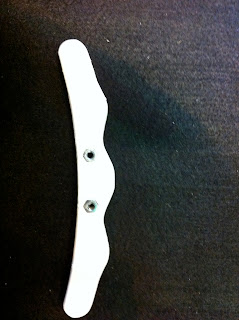 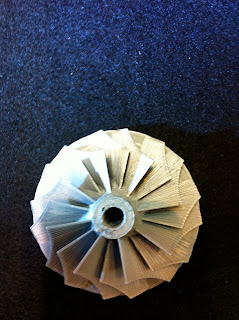